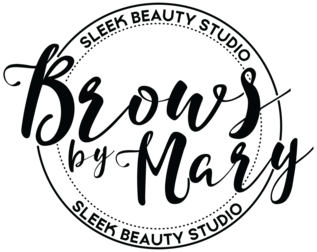 A semipermanent technique for enhancing the appearance of the eyebrows, in which pigment is scratched into the skin in fine, short strokes resembling hair, using a hand tool with a blade formed of tiny needles. Microblading lasts anywhere between 12-18 months, but the longevity of the pigment will depend on your skin type. This is a 2-3 hour appointment. 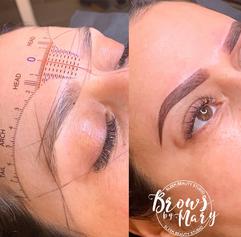 WHAT ARE HYBRID EYEBROWS?

If your are pregnant you CANNOT get any of the above procedures.

A Hybrid Brow, or fusion/combo brow is a combination of micropigmentation and microblading. Micropigmentation is a technique done with a digital machine which implants pigment a little deeper in the skin creating a very soft and powdery look after healing is complete. Hybrid brows can last 1 to 3 years, depending on internal and external factors. Since the pigments are only etched into the top three layers of skin, shedding and replenishing of skin cells will eventually fade the brows, requiring a periodic touch-up. This is a 2-3 hour appointment.

WHAT ARE OMBRE EYEBROWS?

There are some things you need to avoid before getting microbladed, namely, anything that will thin out your blood. If you drink a lot, take aspirin, or use retinol, stop one week before your treatment. "Retinol makes your skin thin and then you bleed a little more,"  adding that profuse bleeding pushes out pigment so that it doesn't stick as well. "Avoid blood thinners, aspirin, anything caffeinated, and alcohol during the healing process."

Ombré Powder Brows differs from traditional tattooing in that it is surface work—meaning, the application is done on the epidermis layer of the skin done with a digital machine. The technique is described by its name, with results being powdery with a faded front and a crisp tail, resembling the look of makeup.This is a 2-3 hour appointment. 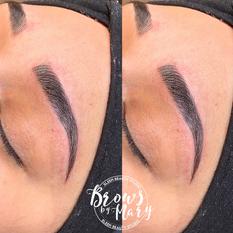 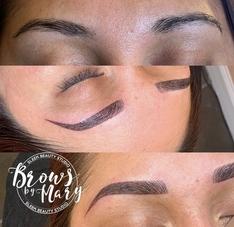